Wael, author, composer and performer, appears to be one of the major spokesman of rap and slam poetry movement in the Middle-East.

Rayess Bek is a leading artist in Lebanon. He has performed on stages around the world: Middle East (Lebanon, Syria, Jordan, UAE, Qatar...), Europe (France, Germany, Switzerland, Spain...) and the United States.

With over 200 concerts, he has revealed his talent through solo shows, festivals, in intimate as well as ornate spaces such as the Palais des Congrès in Paris, opening for Missy Elliott and Busta Rhymes.

Despite a degree in mass communication and graphic design, music career began quite early. As a matter of fact, Wael is thankful for his interest in the arts to his father, an artist, who, at a young age, introduced him to drawing.

Rayess Bek, 31, divides his time between Paris and Beirut. His lyrics are sharp, critical, always engaged, reflecting his own experience of war and exile as well as the dreams and disillusions of his generation.

His music is just like him. It subtly depicts an atypical and polymorphic world, at the crossroads of languages (French/Arabic) and instruments (including traditional ones like the oud and the nay.

After successful collaborations with artists such as RZA, Amazigh Kateb and Ministère des Affaires Populaires (MAP), Rayess has surrounded himself with a new band, which focuses on electro acoustic music tones and has been working on new compositions and arrangements. The Rayess Bek Orchestra mixes traditional instruments like the oud (oriental luth) and nay (oriental flute) with bass, upright bass and groove box to form orchestral hip-hop in French and Arabic. It performs all over the world, in such places as Paris, Casablanca, Liverpool and Berlin.

Some of his work:

Aks’ser released two albums with the collaboration of the independent label ChichProd:

2004: Aks’ser signs with EMI and releases its self-titled third album.

2003: Rayess Bek released his first solo album: 3AM BEHKEH BIL SOKOUT (“Speaking silently”) as an independent release and went on tour throughout the Middle East and Europe.

March 2006: Rayess Bek was commissioned by the United Nations to compose and produce a song for a special awareness campaign on disability. The song and video, “Ekhtilef Tabiyeh” (“Difference is Normal”) was part of the first media campaign promoting acceptance of handicapped people in the Middle East. It has been broadcast in over 20 countries in North Africa and the Middle East.

At the same time, he worked on the soundtracks of several Lebanese movies.

Autumn 2006: Rayess Bek took part in a workshop in LA organized by Miles Copeland (producer of Sting, Lou Reed, Tina Turner) and followed by PBS, a cultural channel. He had the opportunity to collaborate with Nile Rogers (leader of CHIC,

June 2007: Rayess Bek worked on another campaign for the United Nations, this time aiming at an anti-war campaign, along with American co-writer and producer Frank Fitzpatrick. The song and video, entitled “Just Like You”, was released throughout the Middle East and North of Africa in 2008.

2008: he composes the soundtrack of “Instant de chute” (“Instant of a falling”) a multidisciplinary performance by Nancy Naous. The live performance mixed, in live, dance, image and sound. Seated among the public, Rayess Bek played his own compositions, interacting with the dancers.

2009: Rayess Bek was selected for the competition of “Le Grand Zebrock”, musical event of the Ile de France. The Rayess Bek Orchestra finished among the three finalists.

In the end of 2010, Dash Art, a contemporary art association based in London, invited Rayess Bek to take part in a writing residency around Mou’allaqats (pre-Islamic poetry that served as models for Arab poets for nearly amillennium and a half). Rayess Bek decided to work with four other rappers, among them: Tamer Nafar, from the Palestinian band DAM and Rabbah, from the Algerian band MBS. The residency ended in a public concert at the Roundhouse, in presence of Talib Kweli, a New York rapper.

That same year, Rayess Bek released the new album of the Rayess Bek Orchestra: “Khartech Aa Zamn/ L’homme de gauche”(The Leftist Man). This album reflects his bilingual, bi-national culture: 8 songs are written in Arabic, 7 in French. Indeed, his purpose is to point out the flaws of the Lebanese society while denouncing the Western stereotypes about the Arab world.

In 2011, Rayess Bek composed the entire soundtrack of “Shankaboot” the Emmy award winning series produced by BBC and Batoota Film.

The same year he was invite by Rodolphe Burger to collaborate on a “tribute to Mahmoud Darwish”, one of the biggest Palestinian poets.

2011-2012: the Marsatac Festival has asked several artists to create a collective, Mix up Beyrouth, among them: Rodolphe Burger, leader of the Kat Onoma group and friend of Alain Bashung, Frédéric Nevchehirlian, Rayess Bek, Ziad Saad, Fadi Tabbal, Julien Perraudeau, Youmna Saba and Abed Kobeissy. The purpose of this collective is to release a “Harmonia Mundi/Acte Sud” album in 2012. This collective has already performed several concerts in France.

“Ten years ago, Rayess Bek caused a major stir in Beirut as one of the first hip-hop artists to rap in Arabic.”

“Wael Kodeih, also known as Rayess Bek, is one of the creators of Arabic hip hop, together with Tamer Naffar from Palestine and Rabah from Algeria. They were the first in the 90’s to start rapping in the dialects of their countries.
To promote his new album, Rayess Bek is back with three anthology concerts organized in different Beirut neighborhoods. The one and a half hour show is a mix of songs and words in both French and Arabic. The Lebanese rapper wants the audience to feel the way he does: pressed and suffocated by the social and political issues of the region. The public cannot help following the rapper’s rhythm, thinking about the truthfulness of the lyrics and asking

for more. Mashallah News had the opportunity to meet with the big brother of Arabic hip hop..” 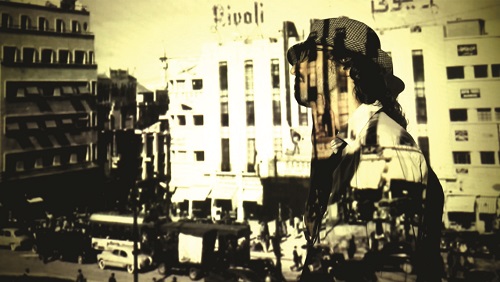 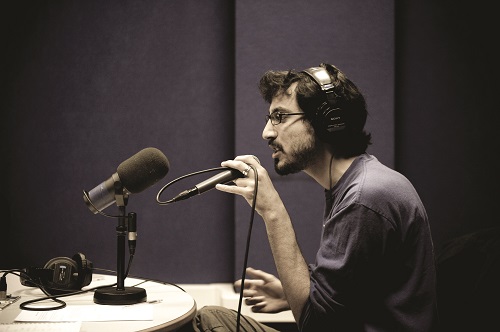 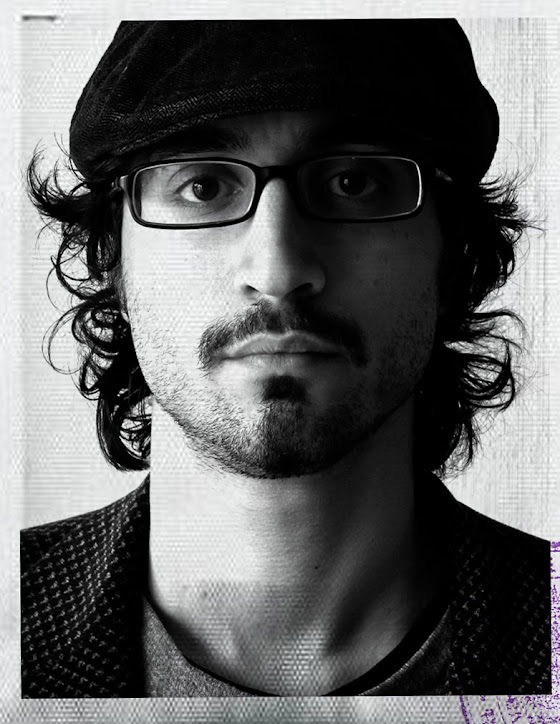