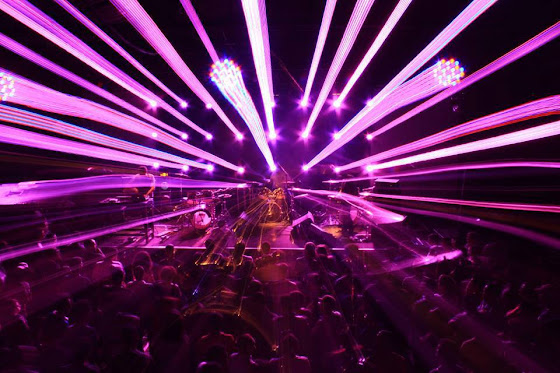 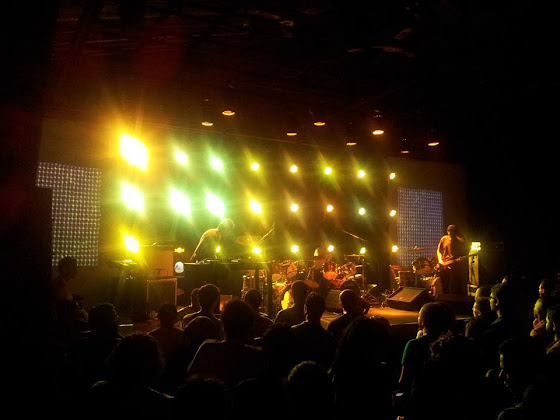 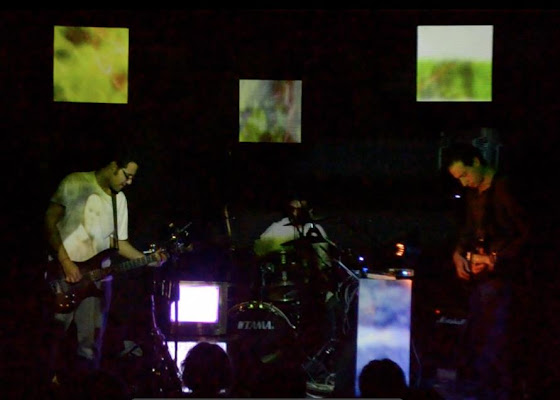 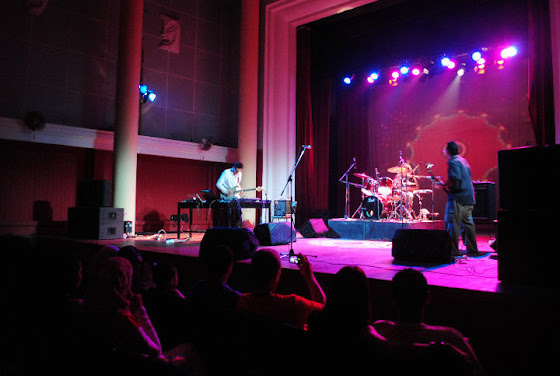 Telepoetic is known for its experimental, raw and post rock sound. Formed back in 2006, the trio is one of Egypt’s most unique sound driven music projects.

The band has a big portfolio of live performances in Egypt, at events such as 100LIVE Electronic Music Festival and Dcaf Festival. The band have also shared the stage with various international acts such as Mouse on Mars and Jan Jelinek from Germany, IQBIt from Italy, and Erik Truffaz from France.

Currently Telepoetic is touring its first debut album Ense7ab (Withdrawal) which was released in November, 2013; the LP is a fusion of electronica and progressive post rock and was referred to by CairoScene.com as: “a solid instrumental effort that takes unexpected turns that make you happy you took the trip”

Telepoetic’s live performances turn into an audio-visual experience, the band often uses light and visual installations to set on a proper mood for its audience.

“I realized that writing about Telepoetic’s sound is kind of like dancing to graffiti. It’s possible, but like their name suggests, their sound is poetry, and thus it’s personal, even when you are listening to it collectively. Like all good poets, Telepoetic say the unsayable.”

We no longer represent this act. Please click here to see our updated roster>>